This was an exhibition curated by Claire Lau in San Francisco for the 1st Anniversary of Hong Kong's Umbrella Movement for democracy. 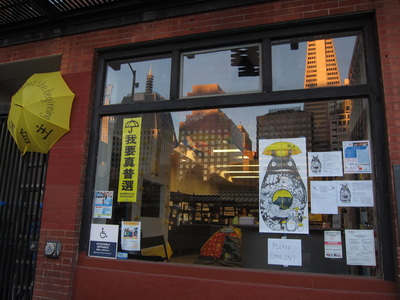 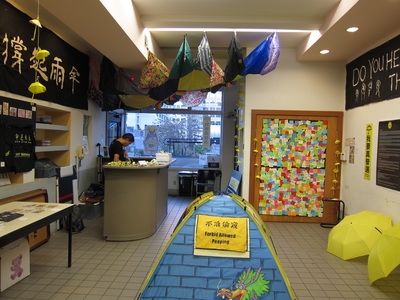 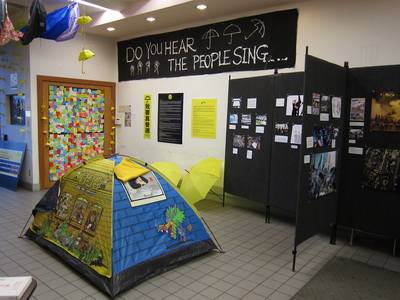 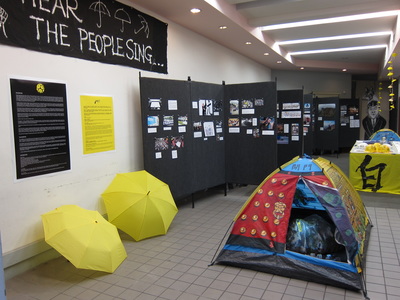 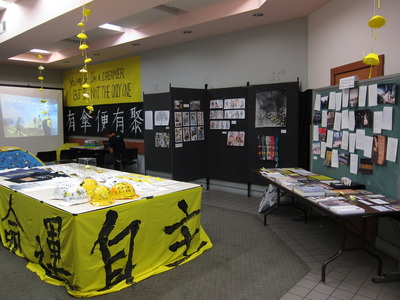 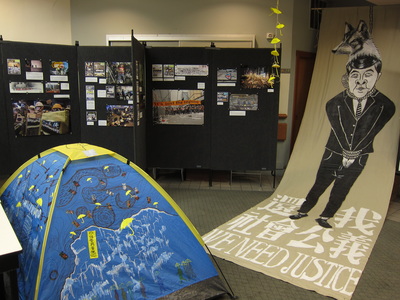 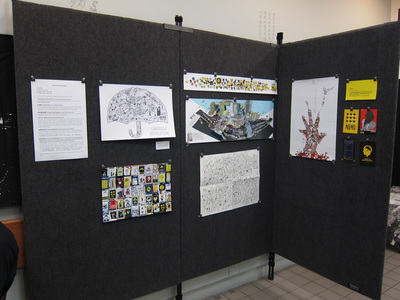 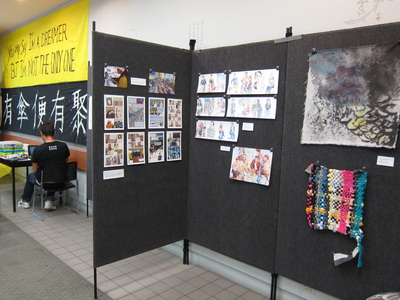 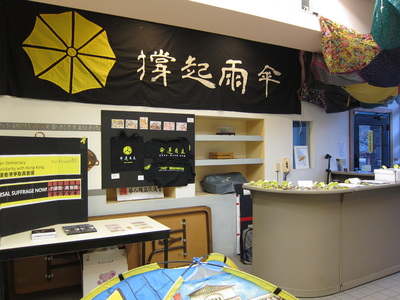 Hong Kong people have been active in social movements for decades. In the 70's, students faced merciless police batons raining down on their heads while protesting against police corruption. In the 80's, students and civic organizations demanded political reform and direct elections when Britain and China negotiated the future 1997 handover of Hong Kong. Leading up to the 1989 Tiananmen Square Massacre, all segments of the city were mobilized to support the pro-democracy movement in Beijing. In the 90's, the pro-democracy camp actively participated in all levels of election and won the majority of the 20 directly elected seats in the Legislative Council. In the 00's, half a million marched in the streets to oppose the legislation of Article 23, a national security law that could limit free speech.

Despite decades of popular struggle, the pace of democratic reform in Hong Kong has been extremely slow in contrast to its economic development and the maturation of its civil society. With legislative maneuvers by the People’s Congress of China, the time table for "double direct election" (of the Chief Executive and the Legislative Councilors) had been pushed off time after time. Finally a compromise was reached to allow the direct election of the Chief Executive in 2017, followed by the election of all Legislative Councilors in 2020.

At that point, the focus of discussions were turned to whether it would be a fair and open election or a "Chinese style" controlled election. As more and more evidence leaned towards the latter, a new movement started to conceptualize. In order to force the government to respect the people's will, the traditional methods of massive rallies, petitions, and struggles within the establishment are no longer adequate. Instead, a limited civil disobedience would be more effective, similar to what Gandhi and Martin Luther King, Jr. had practiced.

Inspired by Occupy Wall Street in the US, a group of two university professors and a retired pastor formed “Occupy Central”, proposing to occupy the financial district of Hong Kong as a way to put pressure on the government. In the spring of 2013, they began an 18-month campaign, visiting every corner of the city and holding numerous town-hall meetings to educate the public and promote the idea of civil disobedience. The pro-democracy supporters had been mobilized.

However, history never goes according to plan.

On August 31, 2014, a legislative decision by the Standing Committee of the National People’s Congress solidified Beijing's absolute control on the nomination of candidates in Hong Kong. With that, only those blessed by Beijing can be elected by the general public. That is far from the definition of universal suffrage that the rest of the world understands.

The decision indicated that the last hope for compromise from Beijing had diminished. The road of rational dialog had ended. The only option left is action.

In the fall of 2014, a series of students-led walkouts and sit-ins escalated into a leaderless movement of massive civil disobedience that came to be known as the Umbrella Movement. Police tear gas and pepper spray did nothing to stop hundreds of thousands of everyday people from coming out into the streets to demand true democracy. Using umbrellas as shields, protesters shut down highways, tunnels, and bus routes, occupying major arteries of the city for 79 days, despite multiple crackdown efforts from the authorities.
One year later, the people of Hong Kong still continue to fight for their future.

The exhibition It’s Just the Beginning was first organized by the LA Hong Kong Forum using a combination of sources from Hong Kong and local LA artists. The Northern California Hong Kong Club (NCHKC) and Umbrellians / San Francisco are organizing this exhibition using elements from the LA show, in addition to photographs and artworks by Bay Area activists and artists, and their friends in Hong Kong.

The exhibition serves as both a reflection and a projection of Hong Kong’s struggle for democracy. It highlights moving moments from the protests, and the feverish creativity that blossomed throughout the strikes and occupations. It also offers an opportunity for the SF Bay Area’s Hong Kong community to process and raise awareness about what is happening in our city collectively.